Former Foodstuffs as Raw Materials for the Feed Industry

On 12 May, EFFPA President Paul Featherstone gave a presentation at an event organised by NEVEDI / Het Comité on the Challenges in Global Raw Material Supply in Spijkenisse, The Netherlands. He elaborated on the position of former foodstuffs in the raw material commodity market for the feed industry. He explained processed former foodstuffs are generally used as an alternative to cereals (e.g. wheat, barley, maize) as they have a similar nutritional value. He also illustrated that the price of former foodstuffs can be influenced by local impacts such as harvests, storage availability and weather markets, as well as global impacts such as cereal cropping patterns and yields in the USA, Russia and Australia.

Featherstone further emphasised the positive contribution of former foodstuff processing to the food chain circular economy and the need for Member States to tackle subsidised competition by bioenergy producers. Other presentations given at the event can be found here. 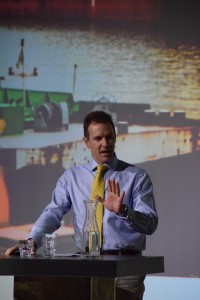